Chica’s! So I was sitting at home watching “Our Perfect Wedding” as I was typing this. I really had to write something immediately while watching the show. I will make this one short and sweet, because more than what I feel and think, I am more curious to read what you think about this topic.

Just to give those of you who do not watch “Our Perfect Wedding” some context, that week it was John and Bridget getting married. Firstly, their love story was all over the place for me a tad bit. Maybe I am just used to the “We met at a friend’s braai, liked each other and got on with it” type of story?! 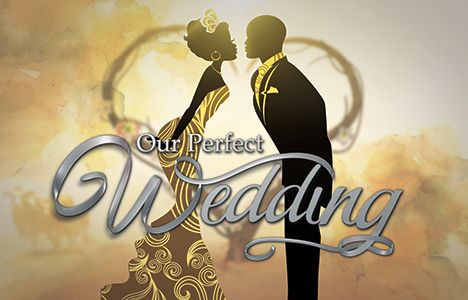 The couple told the story of how John was Bridget’s comfort while she was going through a break-up and he later asked her out. Okay, cool story. What confused me was the issue on the lady who was pregnant while they were still together (a girl from the same church they are from) – Nothing new in society here, sadly. All on the same page still? Great! Here is the part that confused me:

The Maid of Honour who is Bridget’s bestie spoke of how Bridget actually “took John” from someone else. Then it also came out that John too was going through a break-up at the time of the start of their love affair. Bestie was so chuffed when she relayed the story on how Bridget apparently “won” John from the other lady. I assume this is the lady from the same church who also had a baby by Brother John.

Is John a trophy?

This is not a new topic. It’s one that we all most probably have with our friends over drinks frequently. The nature in which as women, we pride ourselves in “Winning” other human beings like we are in FIFA 2018 tournament. Snapping our fingers while saying “Stina ke bozza” with pride has become such a norm for us. Why do we do that?

I think it is another reason why our male counterparts perpetuate the notion of competition amongst ourselves in order to win them over. I am a bit disturbed at all of it really. If anything, no one can really be taken from anyone. The person has chosen to move on to what they see as a greener pastures. As depressing and sad as it is, and as much we would like to take all the credit, ladies, chances are there was something possibly wrong in the previous relationship the other person was in ANYWAY. Or ke maka?

It is for the same reason I am of the opinion that a man leaving his partner for someone else is not necessarily a bad reflection of the women he chose to move on with. Sadly, this is the person who always gets attacked, as if it never took two to tango. Anyway…

I don’t know Chicas, I am keen to hear what your thoughts are. Care to share? Let’s chat! Le re Stina ke bozza?