7 SuperSoul Podcasts I Loved Listening To

I just started listening to podcasts in the car and it is one of the best things I could have done for myself. If you follow me on twitter you would have already seen this as I've posted and wow'ed about how amazing it is.

I've always listened to 702 on the way to work and back but for some reason it just doesn't feel the same anymore. I started feeling drained after listening and was starting to roll my eyes a little more with each listen so I made the decision to feed my soul with positivity. Besides, I want to keep learning and so needed a change.

I didn't know that Oprah's SuperSoul Conversations were on podcast and I'm not exactly sure how I stumbled onto them on but boy am I glad I did!!

"Audio is one of the most intimate forms of media because you are constantly building your own images of the story in your mind."

I also gave Mama O a break and listened to Serial, which is a true life crime investigation. I was fascinated by how engrossed I got into it but after listening to 2 episodes, I went straight to the final episode, 12, as I couldn't handle the suspense. Was interesting to learn that after the show ended, they actually agreed to give the the guy a retrial. Not sure how far that got.

It's Baltimore, 1999. Hae Min Lee, a popular high-school senior, disappears after school one day. Six weeks later detectives arrest her classmate and ex-boyfriend, Adnan Syed, for her murder. He says he's innocent - though he can't exactly remember what he was doing on that January afternoon. But someone can. A classmate at Woodlawn High School says she knows where Adnan was. The trouble is, she’s nowhere to be found.

This showed me that I like my podcasts short, which is why I loved the SuperSoul ones and here I would like to share my faves so far! You can listen to all these SuperSoul Conversations HERE.

Though I will admit, I started listening to conversations with people I know, The most beautiful thing about this is that it has even got me listening to people I wouldn't normally have. An example is Oprah's interview with former US Vice President Joe Biden. That interview touched me man... it is high on my list so here goes:

1. Former Vice President Joe Biden on Losing His Son Beau: "It's Not Like the Pain Ever Goes Away" 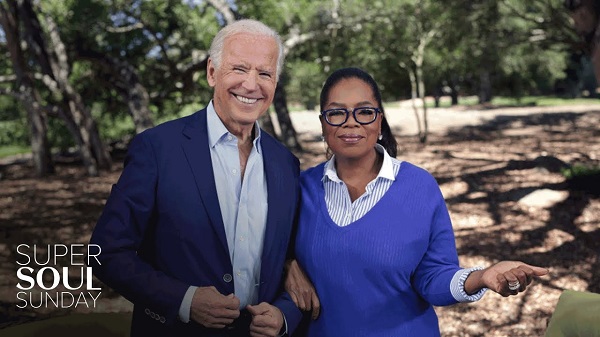 This interview was really great. Joe talked about losing his wife and baby girl years ago and then more recently losing his son Beau to cancer. He also spoke openly about why he decided not to run for President in the last US election, and why he thinks he would have beaten Hillary Clinton. I think I loved this because of how vulnerable he was, that powerful man, so vulnerable about his fears and putting family first, instead of self. 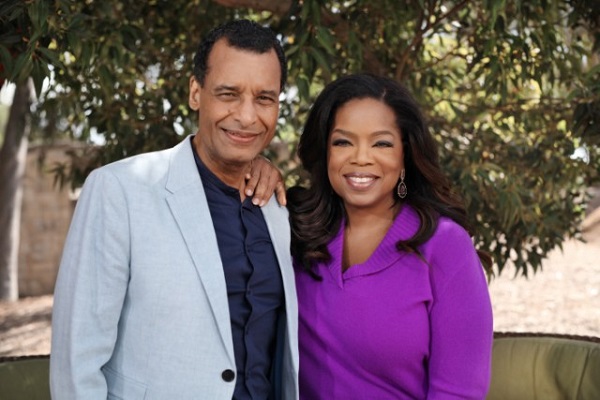 I tweeted extensively about this particular interview and I loved a lot of what the Pastor had to say. You have to listen, if you are interested in conversations about Love & Purpose. The Pastor says his mission is to make Faith relevant. He said relevance means practictal, that it has to be something that you can apply the moment you leave the doors of the church service. It has to be socially applicable. It has to help you make sense of the world around you. I LOVED that!

I did not know who Nate Berkus was before listening to this but I'm so glad I listened. in 2004, Nate and his boyfriend Fernando were vacationing in Sri Lanka when a devastating Tsunami hit, killing more than 30 000 people with another 5000 reported missing. One of the people is Nate's boyfriend, Fernando. After a long search, Fernando's body was never found. I'm getting emotional as I type this.

In the Supersoul conversation Nate tells Oprah that since surviving the Indian Ocean tsunami on December 26, 2004, he's never defined himself by anything other than his ability to survive. He says, he doesn't recognize the person he was before the tsunami hit and says he trusts himself and likes himself more today. It left me teary eyed.

Of course I know and like Meagan and Devon but I delayed listening to this because I thought they were just going to talk about the book, The Wait (which is regards sex before marriage). Of course I wasn't gonna listen because umm... never mind... But anyway, it was a beautiful conversation and I love how nosy Oprah is hehehe. She even asked how the sex was after they waited. 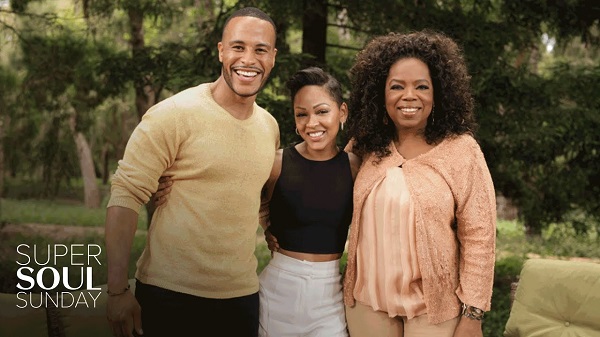 You should definitely check it out. They are 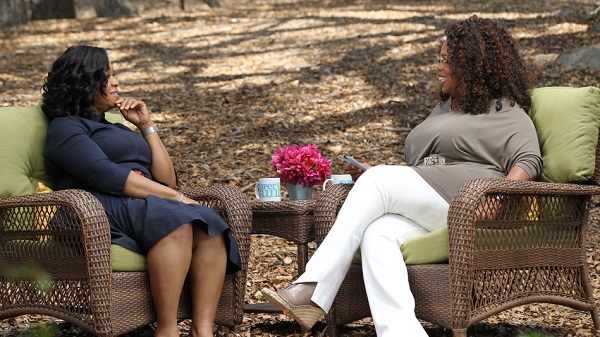 I love how candidly they talked about not wanting to ever get married., you can watch that bit here:

Oh man, this interview made me super super sad. I think if I were to run into India I'd go in with a big ass hug because whooaaa, lady has gone through so so much. She talked about all the setbacks she went through that made her consider leaving the entertainment industry. 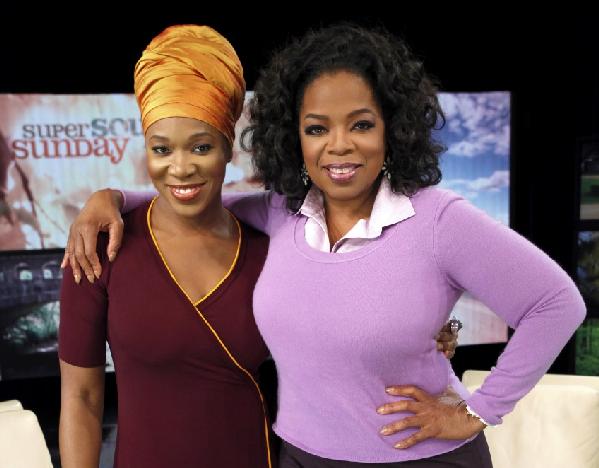 There are 2 parts to their interview, please listen to both.

7. Sheryl Sandberg on Life After Loss

This was another sad discussions and in it they talk about her book, Option B. Sheryl also talks about how after someone loses a loved one, we tend to avoid talking to them about their loss, purely we don't know what to say or we think it's inappropriate but she says after she lost her husband, she wished her Facebook colleagues would bring him up when she was back at work. But they did not. 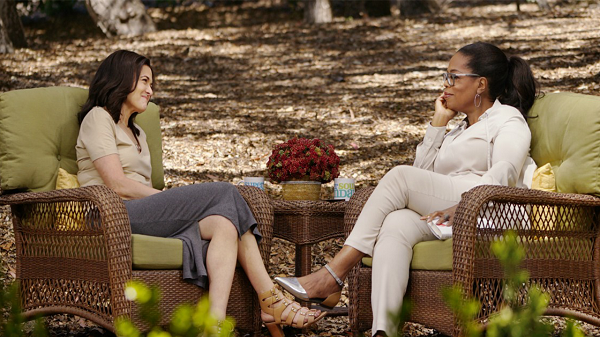 Another interesting part of the conversation was her talking about dating 10 months after the death of her husband. She says that men date more but women get judged more.

You can watch that here

There are more SuperSoul conversations worth listening to but these are just 7 of them, and I can't believe that I listened to all these and more in the space of 1 week. Feels like I've been wasting my time all along.

6 comments on “7 SuperSoul Podcasts I Loved Listening To”