She's Professional Girlfriending, So What?

You know how everyone has a favourite celeb, or celeb friendship, celeb couple; every now and then posting them as “goals”, thinking about what could possibly be your position if you were them? Come on now, don’t front. We all have one or two of those. Beyonce and JayZ were for the longest time a couple I know people saw as the ultimate “power couple”. Kim and Kanye West also come through often as an IT couple. Back home, Bonang and AKA were there too but we all know what happened there now.

One thing life has taught me, is that no matter what happens, you should ultimately aim to live life on your own terms. Truth is, experiences and livelihoods are not cut and paste situations or gloves that will fit everyone alike.

I admire every person that chooses to do things out of the ordinary. For a society that has been socialised to live a certain way, think a certain way, do things a certain way, it is a special moment to see people leave the chains of societal stereotypes and “norms”. One such couple that does this so well for me, are Cassie and Diddy (or Love).

The coming of the “Professional Girlfriend”

Cassie “Miss Official Girl” seems to have been at the core of the term “Professional Girlfriend”. Casandra Elizabeth Ventura (born August 26, 1986), known popularly as Cassie, is an American recording artist, dancer, actress and model.

For those who may not necessarily be active on the social media, let’s break down this term for you so that you are not confused along the way reading this article. Let’s try:

The Urban Dictionary defines the term as

“a lame bitch who goes from boyfriend to boyfriend without any period of being single and is in a relationship after 1 date. they date for like 3 years at a time and forget all about their friends as soon as they start dating someone”

errrrr ok. This just sounds like it was written by a heartbroken lame who has zero respect for a woman. SO let’s try define it ourselves?

The CHICA dictionary defines the term as

“A chica who is content with spending life with her prince charming without being legally married to him” – Hope this sounds a little better? – Please chip in chicas if you feel ngiyabheda la, I just wanted our readers to get an idea of what we mean.

In 2008, Cassie bae released a song titled “Official Girl” featuring lean drinking rapper Lil Wayne under the Bad Boy Records label. Think this is where we can safely say the romance between Cassie and bhut’Diddy started?! The lyrics go something like:

And I'm tired, I'm tired of trying (ooh, but I'm still your)

I'm still your (your) unofficial girl” – Home girl did not hold back with this song. The video is cute too. Check it out in case you were not paying attention when it was released

The pair started making the public wonder about their love affair from around the same time. Attending events together, altyd saam. It made sense since she was signed under his label, right? Kanti vele there was more to it, so the song made sense I guess. Only in 2012 did Diddy confirm everyone’s suspicions about their love affair when he posted a pic of Cassie with the caption “the luckiest man in the world.” – Cute right?

The pair have been living their best lives since and have somewhat become the icons of an alternative relationship – one that does not necessarily have a timeline and deadline for marriage.

Remember I wrote an article last year about cohabiting and how numerous couples have chosen to live together without having necessarily saying their “I do’s”? Those couples are still together and still living their best lives. Read about it here if you missed it. Just to give you an update, Nana and Morena had a beautiful baby girl too in the beginning of the year. CONGRATS GUYS! 😊 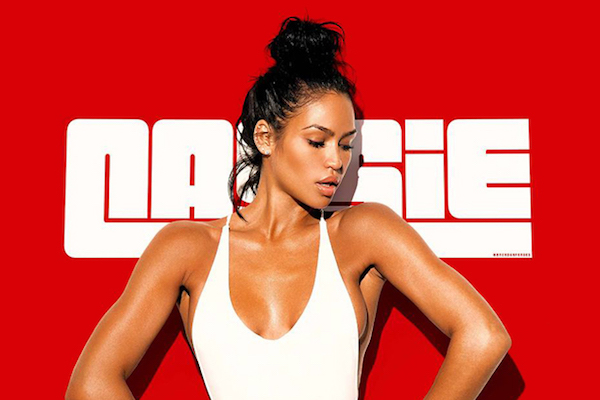 Cassie and Diddy are not married, according to our knowledge (Because honestly speaking, they could be married and have just chosen not to say anything). The pair seem to be making it work so well. Unaware of the conversations between the two, one can only ASSUME that there is no pressure for Diddy to put a ring on it. We all know how the story usually goes. Society has gone to the extent of setting timelines for when a couple should get married after dating. This is a topic I would like us to tackle in the comments section. What I want to delve into now, is how you can spend life with the man of your dreams and still be protected as a couple that is married would.

Let’s start by saying that I have read numerous articles that have clarified that there is no such thing la ekhaya.

However, where there is a WILL, there is a WAY! Pun intended. I don’t know what lengths Cassie has gone to protect herself should her and Diddy not make it “official” because really, it would be a shame to see her with nothing if it indeed ended. I wouldn’t want to have a 4-page letter type of article on what steps you can take, however, it's something worth seeing a lawyer for.

Zinzile Mlambo, Commercial Litigation and Tax Associate at Manokore Attorneys simplified things for those of us who have no idea where to start. This is what she shared on her LinkedIn page:

A universal partnership  comes into existence when people  act  like  partners  in  all  material  respects  without  explicitly  entering  into  a  partnership  agreement.  This does not just apply in a commercial sense but over the years has been applied, in some cases successfully, to romantic relationships in our courts.

If there is no written agreement between you and your partner, when the relationship breaks down you will have to take the matter to court, which is an expensive process without guaranteed success. If you are successful in proving a universal partnership, the  court will  award  a  share/ percentage  of  the  assets  acquired (whether it is cars bought, property bought or investments made) during  the  relationship  to  each  party – but not necessarily on a 50/50 basis.

In order to convince the court that a universal partnership existed, you need to prove the following:

“(1) that each of the partners brings something into the partnership, whether it be money, labour or skill;  (2) That the business (that being the “business” of the relationship and how you conduct yourselves in it) should be carried on for the joint benefit of the parties; And (3) that the object should be to make a profit. (Pothier: A Treatise on the Contract of Partnership (Tudor’s translation) 1.3.8). A fourth requirement mentioned by Pothier is that the contract should be a legitimate one.”

If you have found yourself in a situation where your long-term relationship has ended and you are left with nothing, consult a lawyer on how these factors may apply to your situation.

As a lawyer, I naturally (and in my case, vehemently) believe that writing things down is essential. If you are in a committed relationship and are cohabiting with your partner but do not anticipate wedding bells anytime soon, a cohabitation agreement may be for you. This agreement is a contract, signed by both of you in the presence of witnesses (like any other contract). It sets out the agreement between the two of you: how you will conduct your living arrangements and your finances as well as your rights and responsibilities in terms of the relationship. Having your agreement on paper prevents the creation of misconceived expectations and will prevent legal battles in the future. However, it is important to note that this agreement will only be enforceable as between the two of you i.e. if you agree that your partner will pay your credit card debt and they default on payments the bank will come after you because the debt is in your name – regardless of what your agreement with your partner says. Should you choose to draft this sort of agreement, consult a lawyer: some provisions in a contract can be deemed illegal or immoral and therefore unenforceable by law.

If your domestic partner dies without a will you will not have a right to inherit in terms of the Intestate Succession Act 81 of 1987 (the Act that governs how a person’s property is distributed if they die without a will), no matter how long you have been together. If you are unmarried, the only way to ensure that your partner inherits something upon your death is to put them in your will. The Wills Act 7 of 1953 requires a will to conform to a number of formalities for it to be considered a valid will upon your death, so consult a lawyer to draw one up. The Law Society of South Africa hosts a “Wills Week” every year during which certain firms draft wills for free – keep an eye on this site for more information.

Another article to consider reading courtesy of Fin24: Living Together Know Your Rights

Or, perhaps, just get married 🙂  and if you do decide to go down that route, Theo outlined ways in which you can protect yourself and your loved one in “Which type of marriage contract will you choose? “