#SAfricansTravelToo Pics: The Port Elizabeth They Don't Show You! 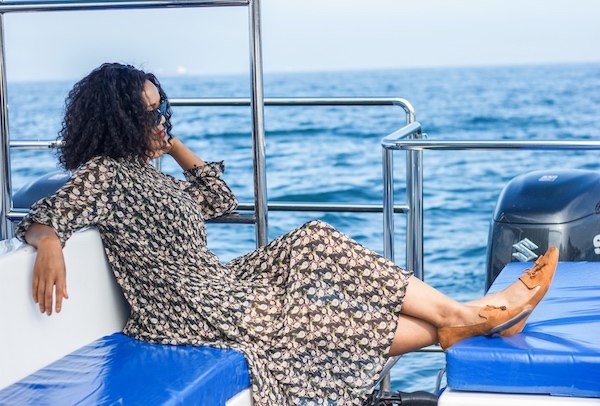 What’s the first thing that comes to your mind when you think of Port Elizabeth? Wind right? Anything else?
That they have a beach yet you’ve never seen a beach pictured tagged #PE? Yeah that’s me and that’s all I imagine when I think about the Eastern Cape city.

Well, my #SAfricansTravelToo friends Papi Mabele, Lonwabo Zimela and I partnered with SA Express, EC Tourism and Radisson Blu PE to check out if there was more to PE than the wind and guess what! There is more!! 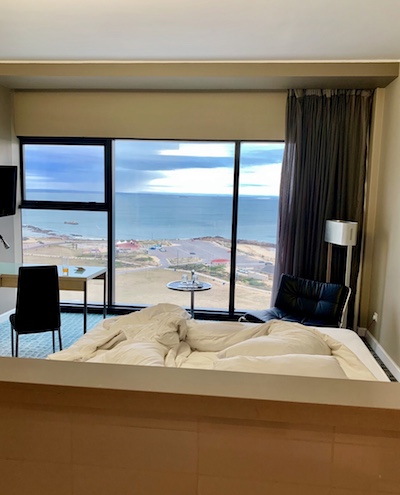 Our first stop was the Radisson Blu hotel where we got welcomed like royalty. I was also very happy with the view from my room. I love SA hotels, in general, I think we have some of the best hotels in the world. Especially when it comes to space and comfort. 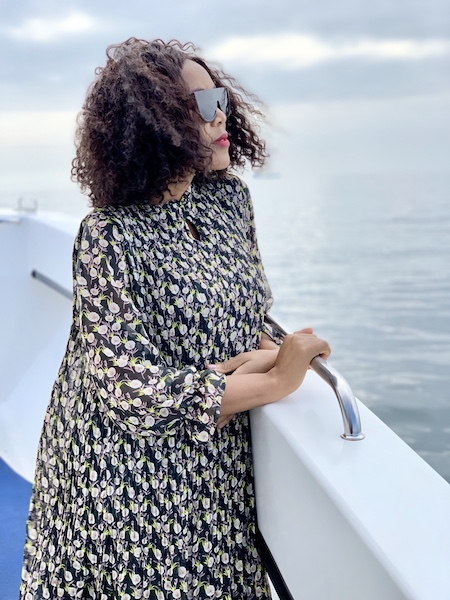 The first excursion was a marine salary with Raggy Charters Marine and they took us to go visit St Croix Island, which is a Penguin Colony.

Oh what a beautiful sight. 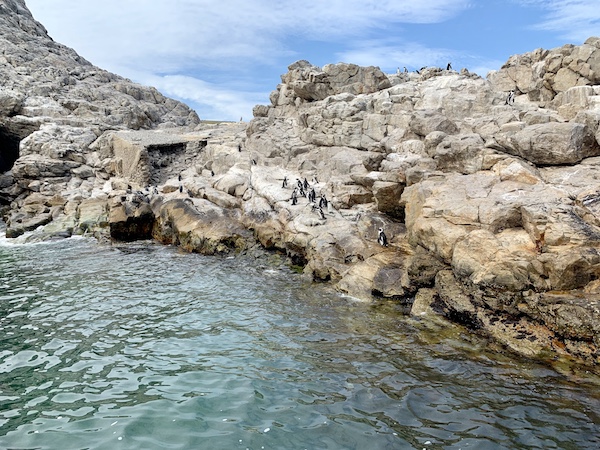 You aren't allowed to land here but we could cruise close enough to be able to watch these beautiful babies. They are so lovely man... 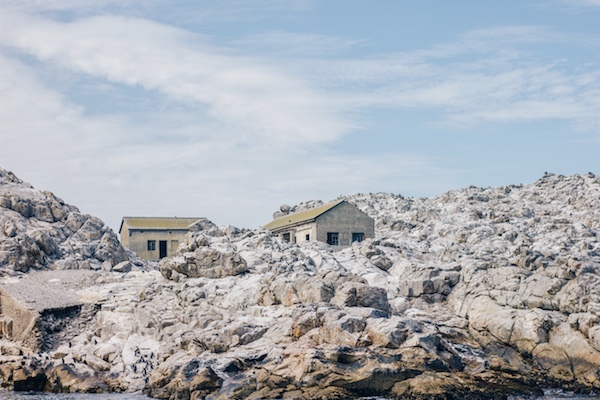 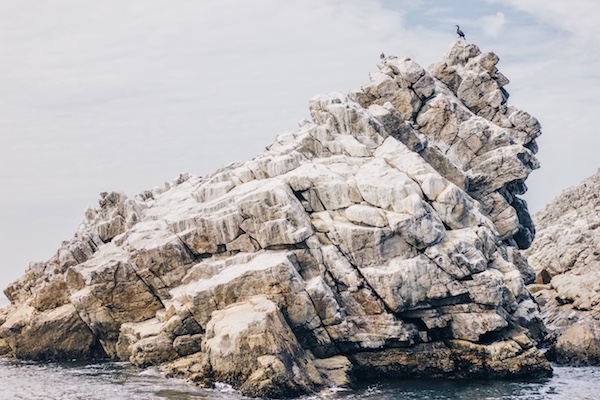 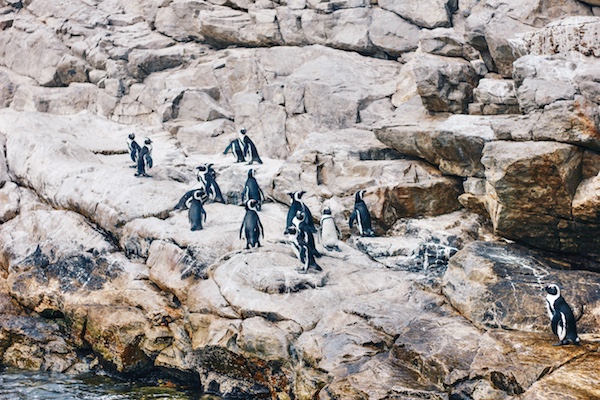 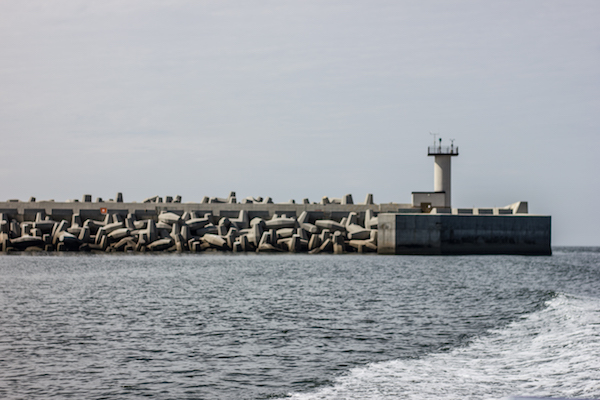 The cruise last around 3 hours and the only low point was me getting sea sick during that beautiful ride. Thanks to a German tourist who gave me something to chew, it made me feel so much better, very quickly. 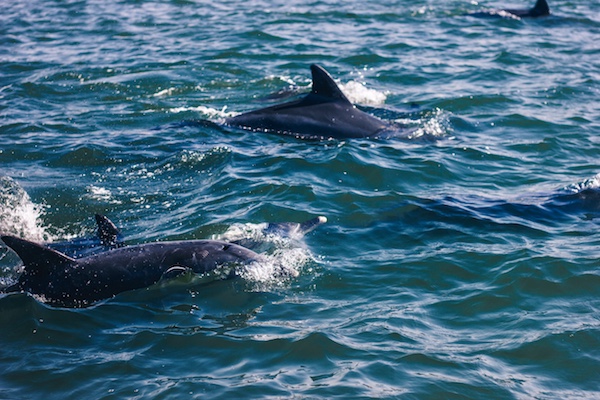 I absolutely loved the Dolphins!! They are such beautiful and flamboyant creatures, I loved having them follow our boat around and dance to keep us entertained. 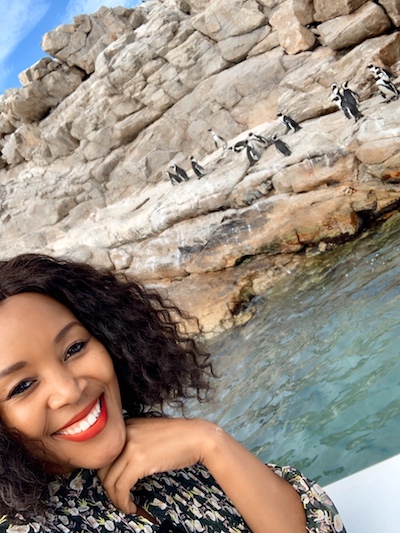 I even attempted taking selfies with them hehe. 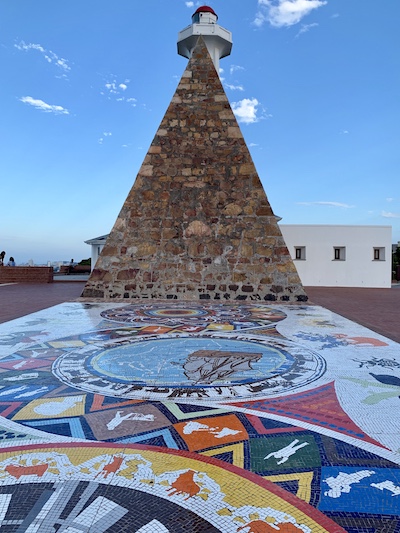 The next part of our itinerary was to take a PE City tour including Route 67, which consists of 67 Public Art Works symbolising Nelson Mandela's 67 years of work dedicated to SA but we were late for that so went around to see a bit of the city. 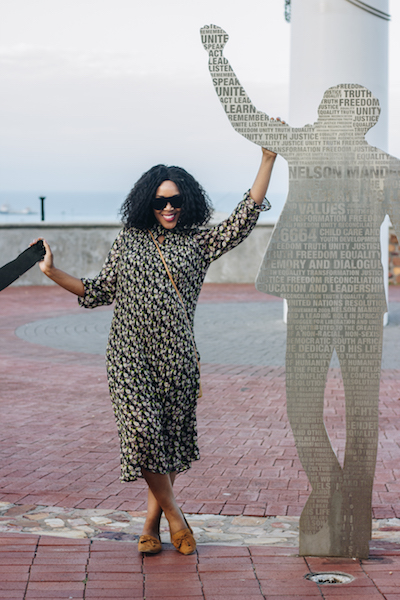 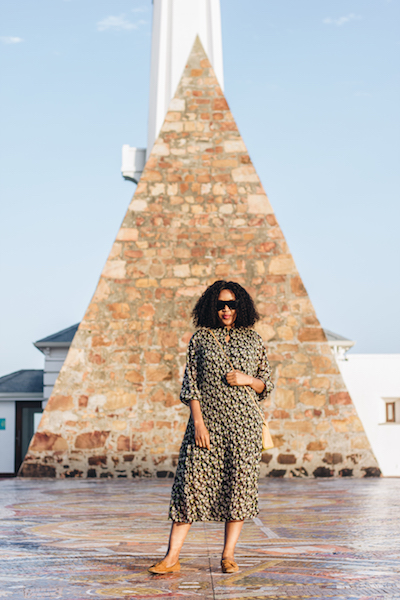 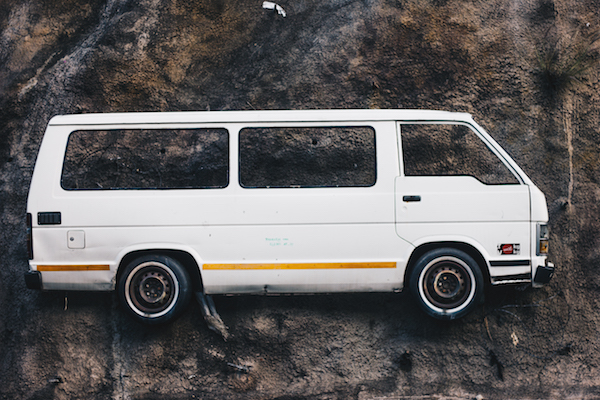 We then took  a short drive to Colchester to meet up with Sundays River Adventures for a Ferry Cruise and Sandboarding. Ooh what an experience that was. 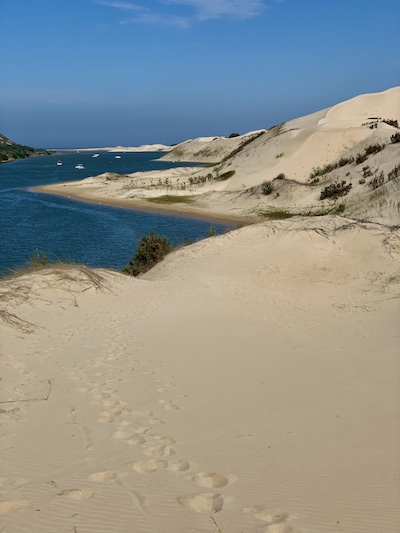 I was very surprised at this part of town! It felt like we were in another country altogether. 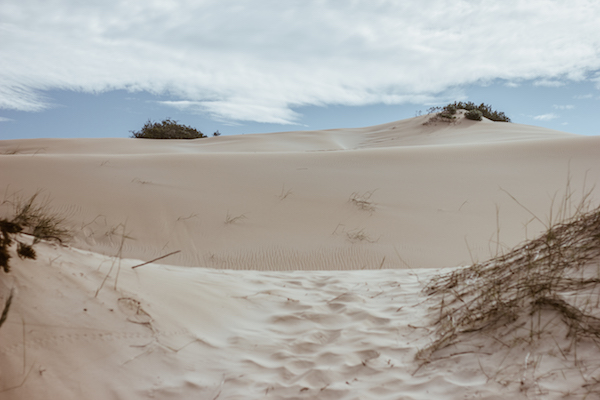 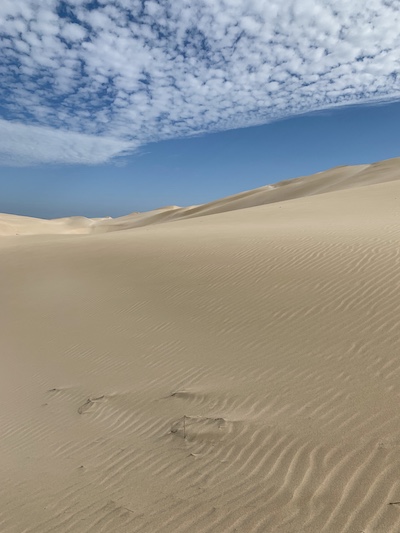 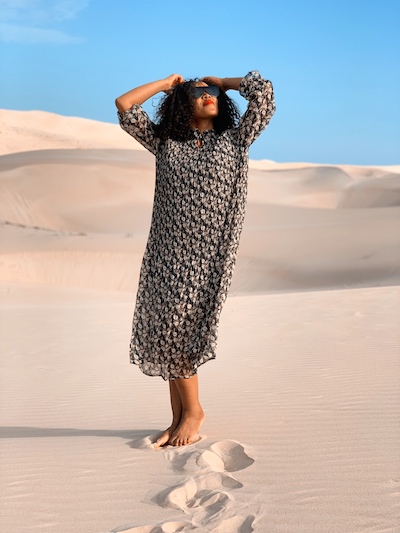 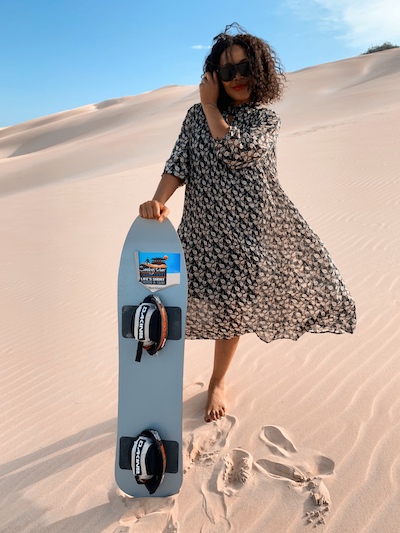 I also tried a bit of sand boarding but I was sitting on the board... hehe check my PE highlight stories on IG for a bit of that.

On our last day we visited Addo National Elephant Park, which is the 3rd largest after Kruger National Park and Kgalagadi Transfrontier in the Northern Cape.

We were lucky we saw lots of animals... but no Lions, I would have loved to see one King. 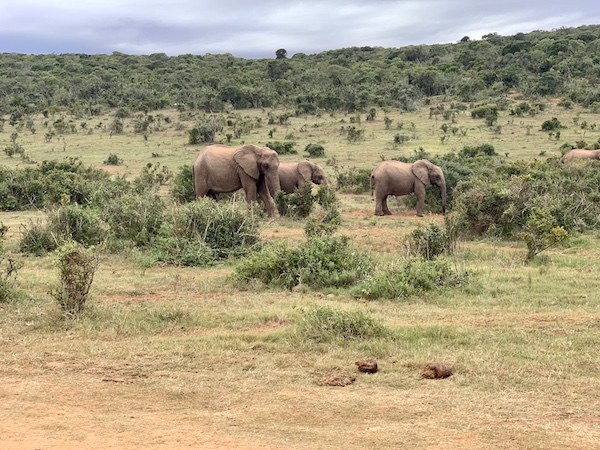 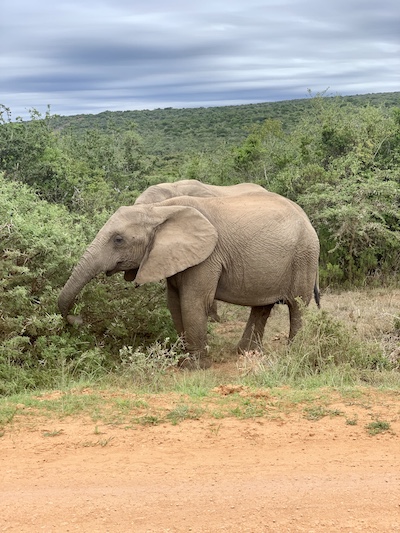 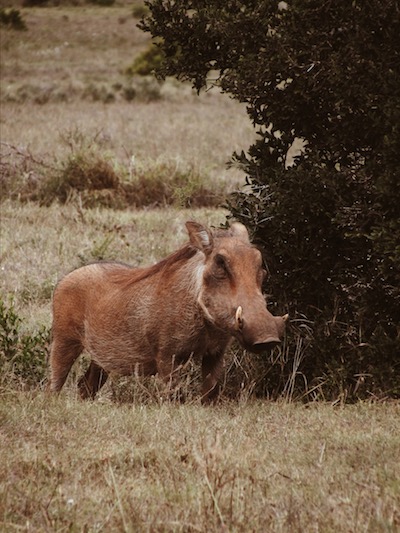 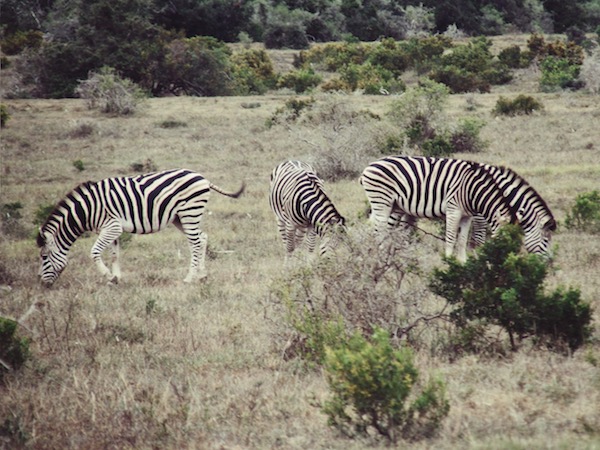 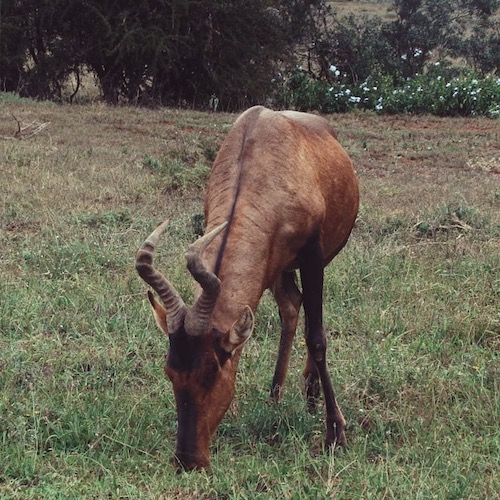 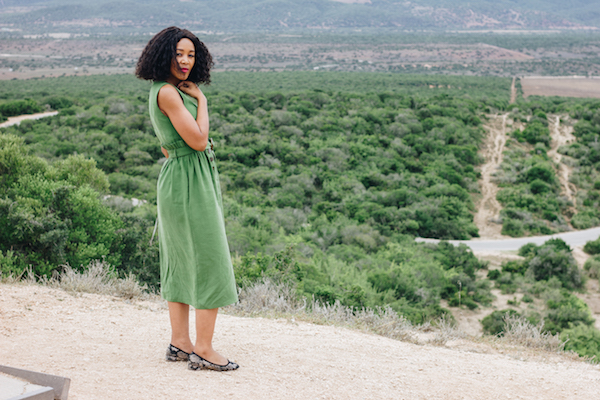 Our last activity before heading to the airport was to visit Addo Adrenalin for the double zipline. I did not partake in this activity because FEAR lol. but my fellow travelers had a ball!

Hands down the most exhilarating thing I've done in a minute and the highlight of our trip to #PortElizabeth. Conquered my fear of heights at the Addo Adrenalin and did "The Superman"

Lonwabo doing the Superman. He also did the normal zipline and swing. Things I am way too old to even attempt. My heart would literally pop out!

We had an amazing time in PE and even though I went there as a non-believer, I now think it has lots more to offer than what we've previously be shown. Go visit, the activities we did are quite reasonably priced and if you'd like to duplicate our Itinerary, you can contact Lyon Tours as they were tour operator that guided us or check out the Eastern Cape Tourism website for other adventures to explore.

In terms of places to eat, we had dinner at Something Good Roadhouse, which is a beach front spot. The food was okay but the service very slow. I hear they are infamous for that.

We also had dinner at Bridge Street Brewery, which I totally loved. Nice vibe and the food was delicious. The food portions in PE totally shocked me, we don't get served that much in Johannesburg! Reasonably priced too. I really wondered if we were in SA, particularly when we ordered Pizza during lunch and had a pizza that was super stacked with cheese and toppings. You guys are having it good there in PE. Bridge Street Brewery also has craft beer so you can do a tasting with your food as well.

A BIG thank you to SA Express, (Happy 25th Birthday), Eastern Cape Tourism and Radisson Blu PE for making our trip a great success. The next I visit, I will be making my way to Tsitsikamma! I've beeeeeen wanting to go!

Have you been to PE? Let me know how your experience was!

3 comments on “#SAfricansTravelToo Pics: The Port Elizabeth They Don't Show You!”